Cops and robbers has never been so brutal! Advertisement
PAYDAY: Crime War is an exciting multiplayer first-person shooter, where you'll have to choose to become either a cop or a robber. Depending on which team you choose, you'll have one of two goals: the robbers are trying to break into a safe, and the cops will do anything to stop them!

Just like the PC and console version of PAYDAY, there's tons of characters, both cops and robbers, to choose from in PAYDAY: Crime War. Not only that, the more you play, the more new content you'll unlock: dozens of masks, suits, weapons, accessories, loads of new safes, and even more exclusive content!

With all that, and spectacular graphics you can customize to your device, PAYDAY: Crime War is a great team-based FPS, that manages to bring PAYDAY's fantastic game experience to Android devices.
Reviewed by Andrés López Translated by Jasmine
Advertisement

I get that the connection was lost 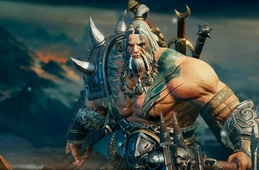 Island Life
Zombieland: Double Tapper
Gun down the hordes of zombies that lay siege to your city
Forge of Empires
Forge your own empire and achieve evolution, conquest, and power
Candy Crush Jelly Saga
The classic Candy Crush, now with gummies
Bomber Friends
An exciting revision of 'Bomberman'
Brick Breaker Star
It's time to break some bricks, Arkanoid-style
Cyberika
A spectactular RPG set in a cyberpunk world
Crowd Defense
Shoot the crowd before it gets too close